You are here: Home > Get involved > Networks and forums > Carers 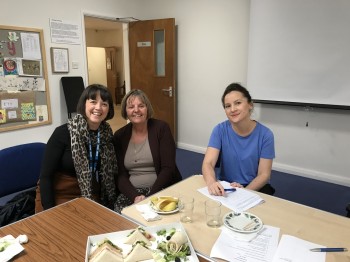 A carer is a person - adult or child of any age, who provides unpaid support to a partner, child, relative or friend who couldn't manage to live independently or whose health or wellbeing would deteriorate without this help.

About one in every 10 of the adult population is an unpaid carer, a figure which is on the increase (census, 2011). According to the 2011 Census, there are 18,224 carers in York, but many people who provide care do not recognise themselves as a ‘carer’

NHS Vale of York CCG is committed to hearing the voice of the carer and their families and this is most notable through our engagement work.

We regularly attend carers advisory groups (CAG). These groups are run by carers and professionals to represent the needs of carers. Through our involvement in these groups we are able to hear the voice of the carer and help to influence changes in care.

In 2019-20 we have led on the following pieces of work with carers through these forums:

How do we involve carers in improving services?

Karen, a visually impaired local carer talks about her role as a carer, the daily challenges and the positive experience she has had with her GP practice.

In this second video, we talk to Karen about her involvement in carers groups, how the CCG supports these groups and why it is important for carers to speak up